What if I told you how the YouTuber, Casey Neistat, created search demand for a product by 300% (from 125K to 500K monthly searches)? This happened for the electronic skateboard manufacturer, Boosted Board.

Who is Casey Neistat?

Casey Neistat is a popular YouTube filmmaker and Vlogger living in New York City with over seven million loyal followers. He is the former co-founder of the video app Beme (acquired by CNN for $25M in December 2016). He is the proud owner of more than four boosted boards as well as a collaborator, advisor and a friend of the company. 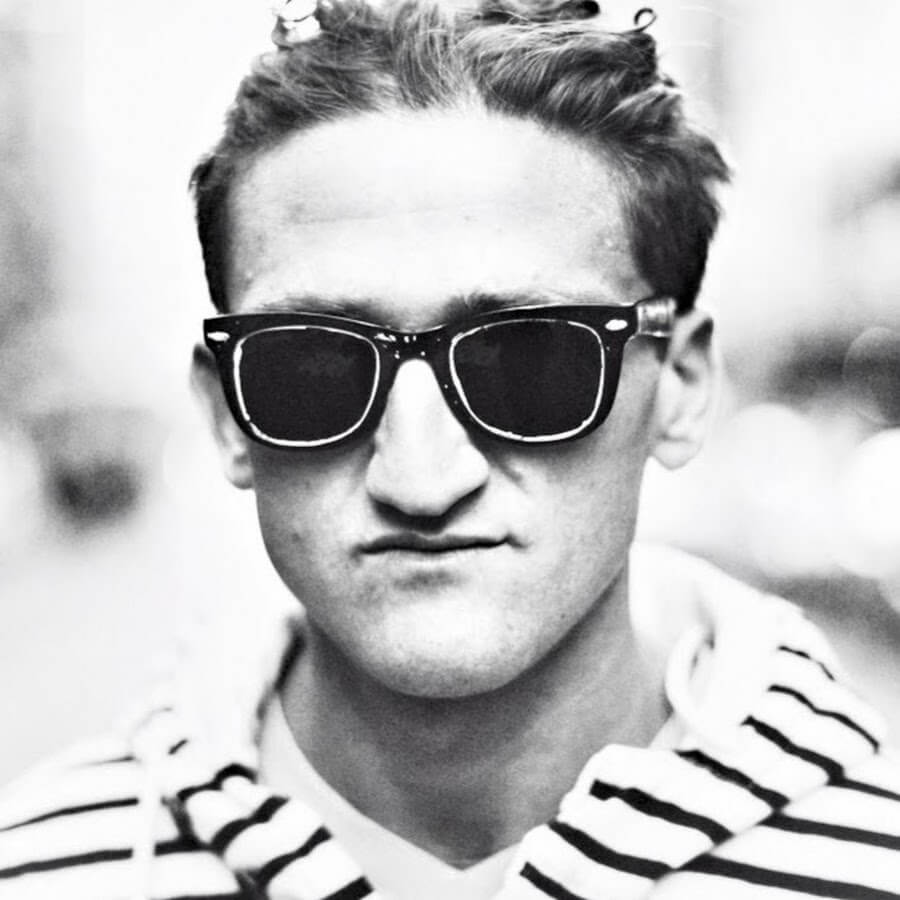 What is a Boosted Board (and Why Have I Never Heard of It)?

A boosted board is an “ultraportable longboard electric vehicle company” designed and manufactured by the company, Boosted. It’s an electric longboard that costs $1299-1499, travels up to 22 mph (it even has regenerative breaks!) for two hours or 6 miles, and is controlled by a handheld remote control or smartphone app.

Its founder, Sanjay Dastoor pitched their idea as a Kickstarter campaign, launched in September 2012. Since the product is super-cool, it had no trouble reaching its Kickstarter goal of $100,000 in 24 hours. The Kickstarter campaign page received hundreds of social shares and is referenced on 96 unique sites including ESPN, Mashable, Gizmodo, and AdWeek.

“Whether he’s turning it into a magic carpet or his friend is manualling straight into a river, “Casey’s been good for us,” Dastoor says with a laugh.”” – Wired, September 2016

Who Rides a Boosted Board?

Anyone with $1000+ to spend on a longboard. If you live in a major metropolitan city, you’ve seen someone riding this board around the busy streets. This board is popular in San Francisco and tech-heavy cities in warmer clients, since the disposable income of technology professions are higher, and can be used almost year-round. Having an electronic longboard will most likely get scoffed at by avid longboard traditionalists; however, the noise and look of the board turns heads.

Boosted Board delivered their first boards in February 2014 when they were in a niche market. As of 2017, the electric skateboard market is getting more competitive with new entrants getting their start from crowd-funded campaigns or led by VC firms to challenge the market leader, Boosted Board.

How Search Demand Increased by 300%

Initial Demand: The initial demand for ‘boosted board’ searches before October 2015 was due to awareness from Casey Neistat using his Boosted Board as his mode of transportation in NYC in almost every YouTube video as well as media buzz from the Kickstarter campaign.

Search demand for ‘boosted board’ did not top 125,000 monthly searches until a YouTube video produced by Casey Neistat called, Aladdin Magic Carpet Prank NYC, uploaded in October 2015. Most of Casey’s videos receive three million views and this video has received 18 million views as of May 2017.

After the success of the first viral video, Casey partnered with a friend and uploaded a similar video called, ALADDIN MAGIC CARPET SAN FRANCISCO, in March 2016 that received 5,700,000+ views (as of March 2017), resulting in a spike in ‘electric longboard’ search demand. Since there was no link to the Boosted Board site in the YouTube card/annotation or description of either video, the viewer was not aware of how they pulled-off a flying carpet and started Googling for answers.

Consumer Thought Process: Cool Video! >How are they doing that? > Google search for electronic skateboard or longboard keywords > Awareness of electric longboard brands > Boosted Board (leader; #1 position) > Review Stage (almost the same price as a beater car) > Want vs. Need Decision > Purchase > Tell friends or be seen on boosted board. Viral Video Hangover: Search organic traffic to BoostedBoards.com decreased in November-December 2016 due to a decrease in search demand for branded and non-branded terms after the second viral video in March 2016. This organic traffic decline is validated in BrightEdge’s Datacube score for BoostedBoard.com as well as Google Trends data in this blog post.

Notice that 67% of traffic to BoostedBoards.com is from organic searches (via similarweb.com), and although social is 5% of overall traffic, YouTube comprises 42% of social visits. Ranking Analysis: Boosted Board’s strong rankings is due to being the leader in the electronic longboards and building topically relevant to its site from these two viral videos and Kickstarter campaign. Besides having 75 blog posts and product pages, Boosted Board can steal strong rankings for electronic skateboard keywords from its competitors by developing more content and adding more instances of ‘skateboard’ on its website.

Interest Over Time: “Numbers represent search interest relative to the highest point on the chart for the given region and time. A value of 100 is the peak popularity for the term. A value of 50 means that the term is half as popular. Likewise, a score of 0 means the term was less than 1% as popular as the peak.”

Boosted Board is an example of how online video (e.g., YouTube) can generate sudden spikes in websites. Some of the benefits of online video include: